Understanding a flag is like understanding the country and its people, so, in the spirit of the upcoming National Day, we thought it salient to break down the meaning of the UAE flag and its myriad colours

The flag displays three equal horizontal bands of green, white and black respectively from the top downwards, while the vertical strip of red is next to the mast

The flag, the length of which is twice the width, was designed In 1971 by a young Emirati, Abdullah Mohammed Al Maainah.

Al Maainah intended the four colours to reflect Arabian unity, the theme of which appears In the two stanzas of an Arabic poem by Safiul Din Al Holi. who described deeds of benevolence, goodness and kindness. The poet wrote about the hard-fought historical battles of the land, with deeds and intentions that were white, meaning benign, but the vigour of the battles were black, meaning strong, while the lands were vast and green, and the gallant swords were stained with red blood Al Maainah. who held the post of plenipotentiary minister at the UAE foreign ministry after creating his country’s flag, had submitted his design to a flag competition, beating as many as 1.300 contestants to take the princely Dh4,000 prize.

UAE flag consists of four colours, Green white, black, and red. All four of which stand for Arabian unity.

Green refers to goodness and agriculture, abundant throughout the country.

White refers to peace.
Black refers to courage and power.
Red refers to to power and sovereignty.

f you use your flag In a horizontal position, remember to ensure the red strip is to the left, close to the pole, and the green strip is on top.
White refers to peace.

n the vertical position, your flag must have the red strip on top and the green strip on the right.

For presidential purposes, the coat of arms must be used in the middle of the white colour.

Coat of arms of the United Arab Emirates

Prohibited use of UAE Flag 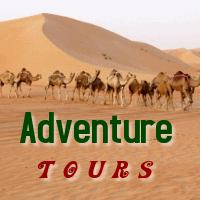